Vittorio Di Tomaso graduated in Philosophy of Language at the University of Turin in 1994 and followed the Postgraduate Course in General Linguistics at the Scuola Normale Superiore of Pisa.

First generation entrepreneur, he was co-founder, president and CEO of CELI – Language Technology. He participated in the foundation of Blogmeter, the most advanced Italian platform of Social Media Intelligence and of Synapta, an innovative start-up spin-off of the Nexa Center of Politecnico Torino, whose mission is to bring semantic web methodologies and technologies to the enterprise environment.

In 2017 CELI was acquired by the H-FARM group, an innovation platform born in Veneto and with a growing presence in Milan, and, after the acquisition, Turin.

In 2021, the incorporation of a business unit of H-FARM spa by CELI gave birth to Maize srl (present on the market with the H-FARM Innovation brand), of which he is currently CEO. The company, with 120 professionals in the offices of Turin, Milan and Roncade (H-Farm campus), operates in the digital transformation of the business, bringing a multidisciplinary approach that combines technology, creativity and strategy.

His academic career includes a period as a visiting researcher at Brandeis University in Waltham, Massachussets and periods as a lecturer at the University of Eastern Piedmont, the Free University of Bolzano and the University of Turin. He is the author of scientific publications in Italy and abroad on the topics of automatic analysis of natural language, artificial intelligence.

In 2021 he was elected President of the ICT Companies Group of the Industrial Union of Turin, a territorial association of the Confindustria System, after having been part of the Board of Directors for two mandates, and  he is working to achieve a more effective synergy between the various actors of the ecosystem of innovation in the Piedmont area. 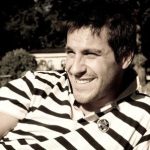 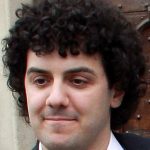